From California to Texas, border agents are increasingly seizing a surprising type of contraband from Mexico: eggs.

U.S. Customs and Border Protection agents had more than 2,000 encounters with people trying to bring eggs into the United States from Mexico between Nov. 1 and Jan. 17, an agency spokesman said. In the same 11-week period a year earlier, there were about 460 such encounters.

The rise comes as the price of eggs in the United States has surged, driven in part by an outbreak of avian influenza, or bird flu, that was detected last February.

President Joe Biden intends to visit the U.S.-Mexico border — his first trip there since taking office — in connection with his meeting next week in Mexico City with the leaders of Mexico and Canada.

“That’s my intention, we’re working out the details now,” Biden told reporters Wednesday during a trip to Kentucky.

Biden said upon his return to the White House that he hoped to see “what’s going on” at the border and also planned to make remarks about border security on Thursday.

More than 1,500 undocumented people hurried across the US-Mexico border into west Texas all at once last weekend, surprising the city of El Paso, which is no stranger to dealing with migration.

The group included many Nicaraguans, who said they were freed by Mexican authorities after being kidnapped last week.

The sudden rush of families, in particular, wading across the Rio Grande, trying to hold their minimal luggage and children up out of the water, came after a difficult few months for all parties at the border amid fluctuating policy and confusing messages from the Biden administration. 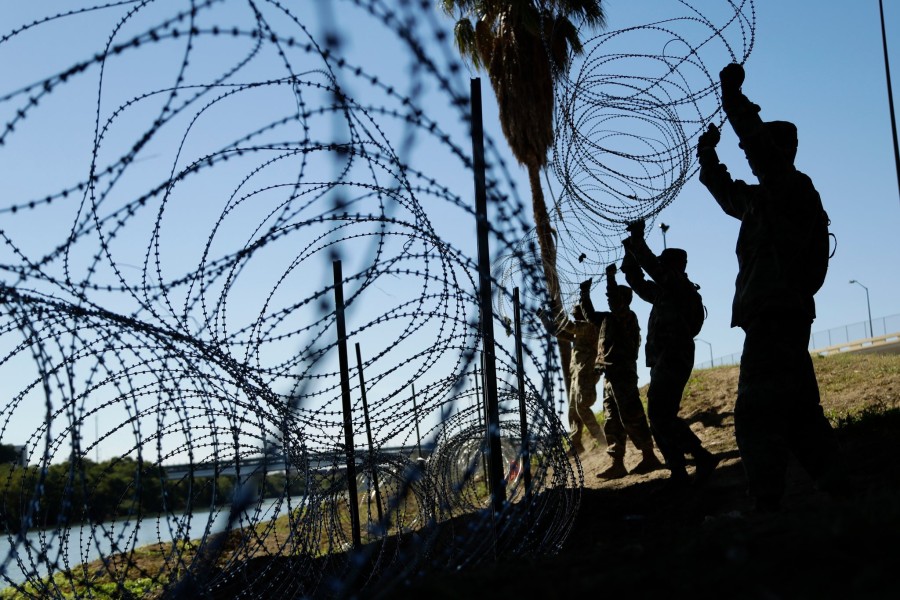 A federal judge in Texas paused the Biden administration’s attempt to end the Trump-era “Remain in Mexico” program, which requires some non-Mexican asylum seekers to be sent back to that country to await immigration proceedings.

U.S. District Judge Matthew Kacsmaryk on Thursday issued a stay on the administration’s effort to terminate that policy while Texas and Missouri’s attempts to force the federal government to continue the program are considered in court. The Department of Homeland Security in August stopped enrolling new asylum seekers into the program, which had been halted and restarted for years due to legal challenges and a change in administrations. 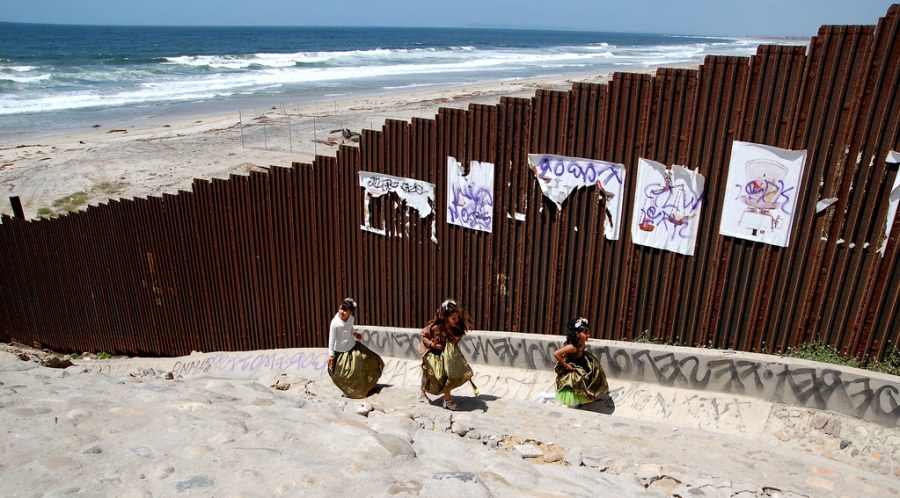 The increase comes about two weeks before the anticipated end to a restrictive border policy that’s been in place since 2020.

Thousands of migrants that recently made their way to northern Mexico crossed into El Paso over the weekend in one of the largest-ever crossings on that part of the Texas-Mexico border.

With the expiration of Title 42 this month, moderate Democrats are imploring the White House to adopt stricter border policies ahead of President Biden’s possible re-election campaign.

“Do they have the tools? Yes. Do they have the will? I don’t know. But certainly the tools are there,” Rep. Henry Cuellar, D-Texas, a leading moderate and critic of the administration’s border policies, told Fox News.

Citing the pandemic, Title 42 refers to an authority in federal health law that the government has used to expel hundreds of thousands of migrants at the southern U.S. border.  A federal judge has ordered border agents to stop using Title 42 on Dec. 21.  The administration is reportedly considering “drastic measures,” including expelling more migrants at the border and increasing prosecutions for crossing illegally, according to Axios.

More Americans than ever are choosing to live in Mexico – and many have decided to settle in the capital rather than coastal resort cities that are popular with tourists on short breaks.

Formal immigration to Mexico from the United States is at a record high, federal government data shows, while many more Americans are living and working here while on tourist visas.

A record high of over 850 migrants died while attempting to enter the United States unlawfully from Mexico in the 12 months to the end of September, according to internal U.S. government data obtained by CBS News.

United States fiscal year 2022 was the deadliest year for migrants recorded by the U.S. government, CBS reported, citing internal Border Patrol statistics that showed that at least 853 migrants perished in the Rio Grande or on U.S. soil after entering that country illegally.

Arizona Gov. Doug Ducey was accused this week by the Biden administration of trespassing as the Republican governor makes efforts to fill gaps along the U.S.-Mexico border with shipping containers.

Ducey announced last week that he would have crews install shipping containers along a section of the border to fill gaps not covered by a wall. The announcement came two weeks after federal officials ordered him to take down containers he had placed in the southwestern part of the state.