On 2 March 2017, Cecilio Pineda Birto made a broadcast about alleged corruption. Hours later he was dead

The hitmen came for Cecilio Pineda Birto as he swung in a hammock at a carwash, waiting for his pickup to be cleaned.

Israel Vázquez, 31, a journalist devoted primarily to human interest stories, spent the last hours of his life in November covering the discovery of a group of dismembered people left in a church in Salamanca, Mexico.

Vázquez was preparing to do a Facebook broadcast when two men on a motorcycle drove by and shot him at point-blank range. He died after receiving at least eight bullet wounds.

Mexico was the deadliest country in the world for the media in 2020, accounting for almost a third of journalists killed this year, according to the Committee to Protect Journalists, which investigates attacks against the press globally.

Another journalist was found dead in Mexico this week — the fifth this year in the country’s somber record of attacks against the press.

Veteran reporter Julio Valdivia was found Wednesday afternoon in Mexico’s coastal state of Veracruz, in the municipality of Tezonapa, decapitated near railroad tracks. His blue motorcycle was found only a few yards from his body, according to Córdoba’s Diario El Mundo, the newspaper where he worked.

An American journalist with National Geographic was discharged from a Mexican hospital Saturday after being shot in the leg while interviewing a purported drug dealer in Ciudad Juarez, a city just south of El Paso, Texas.

Jorge Nava, attorney general for the northern part of the Mexican state of Chihuahua, said in a video message the journalist appears to have been caught in ambush Friday evening that resulted in a shootout. A purported drug dealer died on site, while another died in a hospital.

This year, Mexico surpassed Syria to become the deadliest country for journalists, according to the New York-based Committee to Protect Journalists.

Many consider that overall levels of violence and impunity in Mexico are the biggest problems facing Mexican journalists. But press advocates say the president’s harsh rhetoric toward the media isn’t helping the situation.

So far this year, 12 journalists have been killed, according to Mexico’s National Human Rights Commission. Some press rights groups put the number even higher, according to their own reporting criteria.

MEXICO CITY — A Mexican official said on Monday that the government would strengthen measures to protect journalists, the day after a sports reporter became the latest in a long list of media workers to be murdered.

Mexico is one of the world’s most dangerous countries for reporters, with at least 124 media workers killed since 2000, according to rights group Article 19.

MEXICO CITY (Reuters) – A Mexican journalist was murdered in the southern state of Chiapas on Friday, authorities and his employer said, the latest attack against the press in one of the world’s most dangerous countries for media workers.

As he was leaving his home in the city of Yajalon on Friday afternoon, Mario Gomez was confronted by two suspects and shot in the abdomen, according to El Heraldo de Chiapas, the local newspaper that employed him. Gomez was taken to a hospital, where he died of his injuries. The suspects fled the scene.

“We vigorously condemn the cowardly aggression suffered by our colleague,” the paper wrote in an editorial note. “We demand of the competent authorities the investigation of these criminal acts.”

The state prosecutor’s office said that its homicide department would investigate the crime. 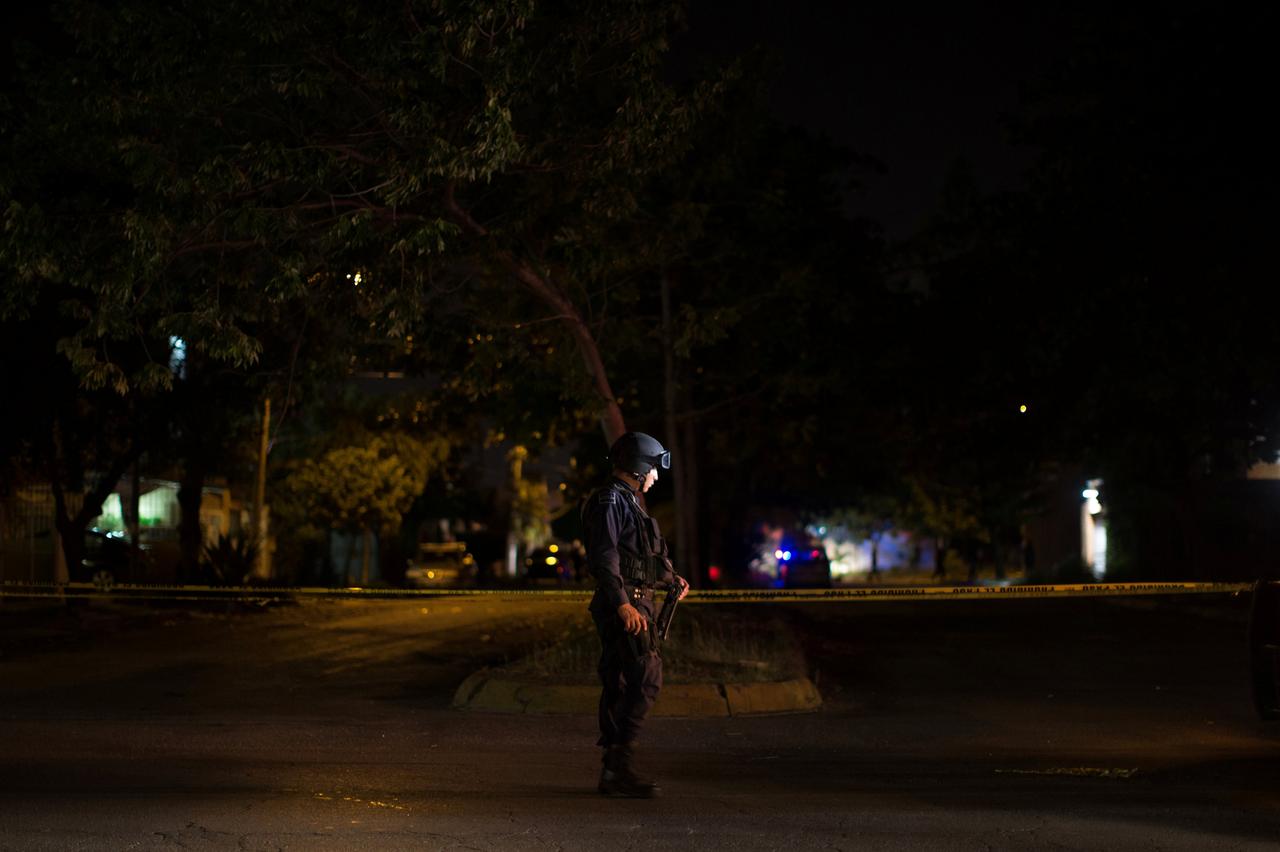 A news cameraman and another man were found shot dead in the Mexican resort of Cancun on Wednesday, the local prosecutor’s office said, the latest killing in a country that press advocacy groups call one of the most dangerous in the world for reporters.

The cameraman was identified by the prosecutor’s office of Quintana Roo state only as “J.E.R.V.,” but the local television station Canal 10 tweeted on Wednesday that it lamented the “irreparable loss” of its news cameraman, Javier Rodriguez Valladares.

The second victim was not immediately identified.

An investigation is underway, the prosecutor’s office said in a statement.