The victory proclaimed by the Trump Administration for its renegotiation of a “modernized” North American Free Trade Agreement (NAFTA) is a hollow one. Despite many months of wrangling with our closest neighbors to the North and South of us—our second and third largest trading partners—in fact, few substantive changes have been introduced to the 1994 pact.

That hasn’t stopped the White House from touting the deal. Why?  Because Mr. Trump and his trade team see NAFTA 2.0 as the model to tame nations outside our hemisphere—especially the use of it as the vehicle to proliferate a poison pill lying at the heart of the agreement the U.S. wants to be deployed to corner China and clip its wings from engaging in pernicious trade practices.

But there are two fundamental barriers to this scenario playing out.  First, Washington will find it tough going to sell this framework to countries with whom there isn’t a pre-existing agreement similar to NAFTA to be amended.  Second, as a practical matter, the U.S.-inserted Chinese poison pill will turn out to be of little therapeutic value, not only in failing to coerce other countries to exercise this provision but to actually induce changes in Beijing’s trade policy conduct.

THE NEW SOVEREIGN — New and unprecedented forms of American power may have just been entrenched in the U.S.-Mexico-Canada Agreement, in a series of little-advertised negotiating achievements by the Trump administration. Alex reports that at least six provisions in the USMCA give the U.S. the power to scrutinize, micromanage, or punish its neighbors’ trade policies. To date, only one has drawn any significant public attention — language that makes it harder for Canada and Mexico to strike a trade deal with China. But Washington has also demanded and received the right to scrutinize how the neighbors are design dairy policy; stop third-country imports from evading duties; fight counterfeiting; and apply anti-corruption laws. Additionally, the deal arguably enshrines the U.S.’s unorthodox new use of Section 232 national-security tariffs in a trade agreement, by specifying modest new limits on how they’re used. A former U.S. State Department official concludes the Trump administration has “deputized” Canada and Mexico in its “war on globalism.”

THE LOYALTY OATH NESTLED INSIDE THE NEW NAFTA: The fine print of the new trade agreement that the U.S. struck with Canada and Mexico includes a warning — one that the White House hopes will help the North American triumvirate unite against China.

Buried within the USMCA deal is a provision that requires any member of the pact to give three months’ notice to its partners if it launches negotiations with a non-market economy, which the United States considers China to be. The stipulation — which bears President Donald Trump’s fingerprints — means that if any of the North American countries enters into talks with China or another similar economy, the new three-way U.S.-Mexico-Canada deal can become a bilateral one.

It also means that when it comes to the growing trade war with China, the U.S. is seeking to keep Canada and Mexico on its side.

The new trade deal between the United States, Mexico and Canada improves on NAFTA in many ways but presents potential risks to automakers, senior White House economic adviser Larry Kudlow acknowledged in an interview featured on this week’s POLITICO Money podcast.

“I know there is some grousing around,” Kudlow said Tuesday of concerns raised in the auto industry that the increased requirements for North American content in cars and trucks could drive up prices or force production overseas. “The cost issues, let’s look at it, I’ll say a maybe. It’s very important to the president though.”

Kudlow, director of the National Economic Council, added that content and wage provisions in the auto section of the new agreement were a “must” for President Donald Trump. “We didn’t want to lose any more jobs. This was an America first deal.”

A handful of major industries scored big wins in President Trump’s North American trade agreement — at times at the expense of ordinary consumers in the United States, Canada and Mexico.

The winners include oil companies, technology firms and retailers, but chief among them are pharmaceutical companies, which gained guarantees against competition from cheaper generic drugs.

The gains underscore the benefits U.S. industry will be seeking, and the pressure it will exert, as the Trump administration continues rewriting trade deals with other countries and regions.

Lobbyists for several industries said they hoped the U.S.-Mexico-Canada Agreement, or USMCA, would serve as a yardstick for future U.S. trade deals, including any involving China.

The United States and Mexico are expected to release text of a bipartisan trade deal that the two countries reached last month, setting up a potential showdown with Canada and Congress over the future of the North American Free Trade Agreement.

The Mexican government is planning to publish the agreement by 7 p.m. on Friday, according to a Mexican government official, and the United States trade representative is also expected to release the text. The bilateral agreement, which does not include Canada, would replace the 25-year old Nafta pact, which has stitched together the economies of Mexico, Canada and the United States.

President Trump and Mexican President Enrique Peña Nieto are expected to sign the pact on Nov. 30 but the agreement faces an uncertain fate without Canada, which has been unable to resolve several big disagreements with the United States. Lawmakers have urged the White House to continue working to get Canada into a pact that has become critical to businesses, like automakers and farmers, across North America. 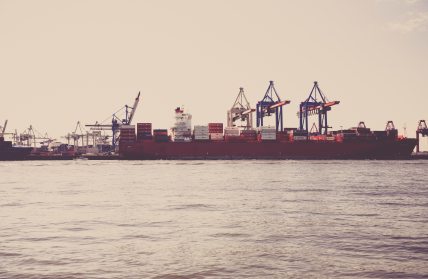 AND THE NAFTA VERDICT IS… CONFUSED: More than two dozen trade advisory committees asked to deliver their opinion on whether the U.S.-Mexico deal is a good one for the United States — or at least their particular sector or area of concern — are struggling with the fact that important provisions could change, depending on whether Canada is part of the pact.

“I think it’s crazy. I don’t think it was the intent of the Congress, but that’s the way they wrote the law,” said Fred Bergsten, senior fellow and director emeritus of the Peterson Institute for International Economics, referring to the requirement that the committees turn in their assessments of a trade deal 30 days after the president notifies Congress of his intention to sign it.

Bergsten has served on the Advisory Committee for Trade Policy and Negotiations since 2010. That panel is charged with assessing the overall agreement, while other more specialized panels look at individual sectors or policy areas, like labor and environment. Bergsten declined to discuss his panel’s views on the pact, but he said they weighed in on all the big issues, like USTR’s controversial sunset review mechanism.

NAFTA CLUES — Alex provides a checklist of things Canada should watch for as the text of a U.S.-Mexico NAFTA deal appears poised for release as soon as today. The language agreed to by the two other partners will offer clues on Canada’s potential place in the agreement — and on the likelihood of any Canada-less update to NAFTA being implemented by Congress. Telltale details could whether the text refers broadly to “parties” or to only “the U.S.” and “Mexico”; whether it refers to terminating the old NAFTA; whether it’s designed to accommodate Canada-specific annexes to be added later; and how it handles trilateral irritants like biologics and procurement. Congressional reaction to the agreement will also provide an important signal about the agreement’s future. Read more here. The Trump administration is expected to release the text of its trade agreement with Mexico as early as Friday, launching a contentious congressional approval process as it tries to coax Canada into a revamped North American Free Trade Agreement.

U.S. lawmakers briefed by U.S. Trade Representative Robert Lighthizer on Thursday said that they expect the long-awaited document to largely exclude language related to Canada, but were still hoping for Canada to join.

They expressed little optimism that a deal with Canada could be reached quickly, noting disagreements over dairy and dispute settlement provisions. Some Democrats said they could not support a NAFTA trade deal without Canada. 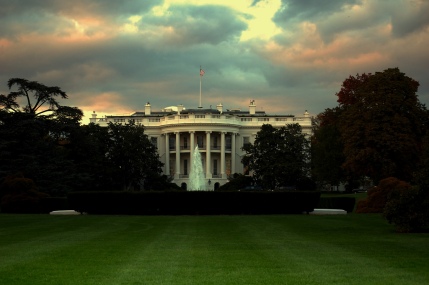 The Trump administration has three days left before it must submit to Congress the text for a revised North American trade pact — and from the looks of it, that’s not going to include Canada.

U.S. Trade Representative Robert Lighthizer indicated on Wednesday that the technical text for the U.S.-Mexico trade deal is “on track” to be submitted before the Sept. 30 deadline under Trade Promotion Authority law. He also acknowledged that “we’re running out of time” to get Canada on board. That means there’s a heightened possibility that Mexican President Enrique Peña Nieto will be signing a bilateral deal rather than a trilateral one before he leaves office Nov. 30.

The Trump administration is expected to turn over the text on Friday,but USTR and the White House did not respond to requests for confirmation.