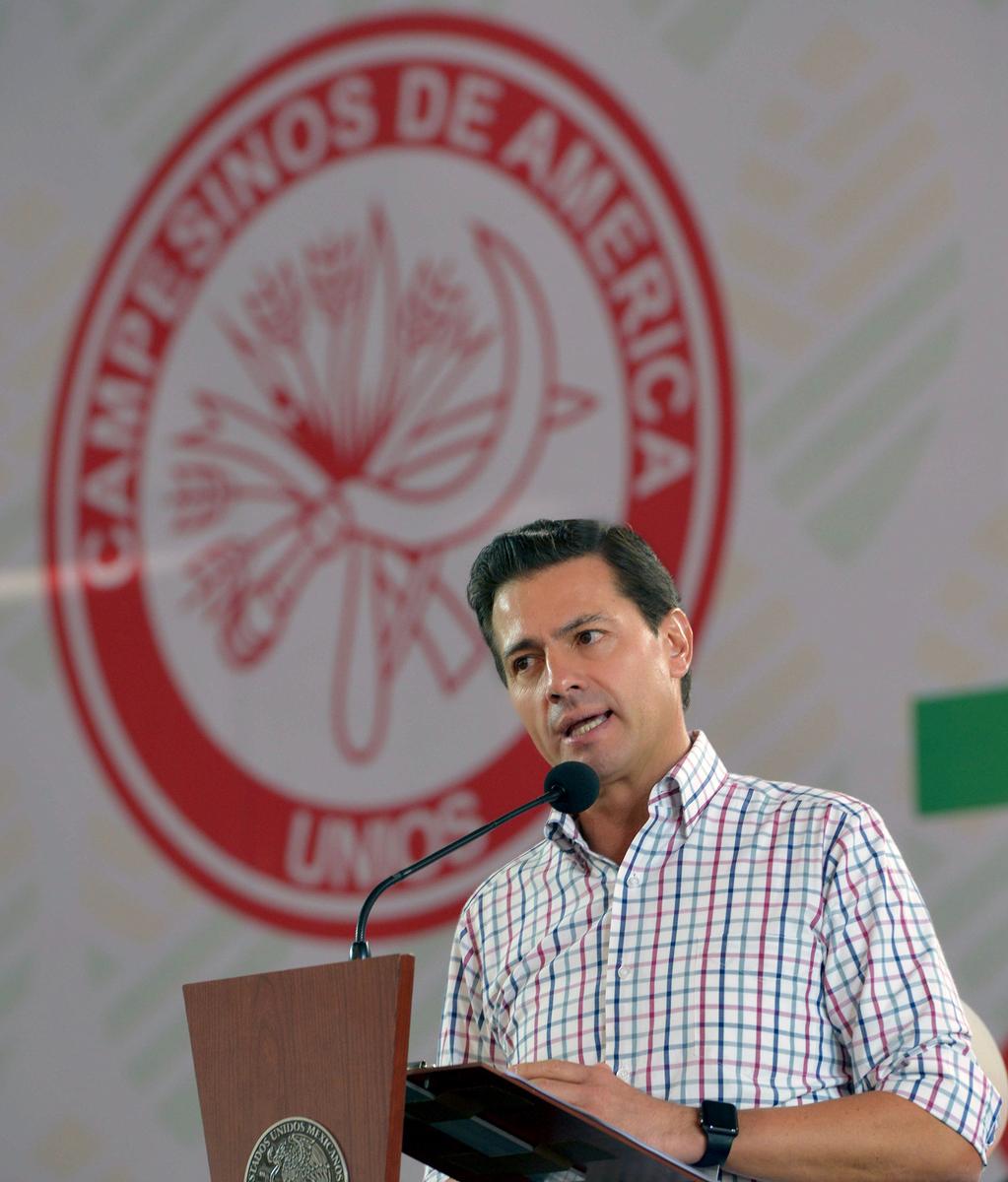 Mexico’s President Enrique Pena Nieto said on Wednesday that he is optimistic that the country will reach a trilateral deal on the North American Free Trade Agreement (NAFTA) with the United States and Canada.

“I am optimistic that a trilateral deal can be reached… we have from now until Friday for a deal in principle to be announced,” he said in an interview on local radio.

It was one of the most controversial moves of his six years in office. In August 2016, Mexican President Enrique Pena Nieto invited then-candidate Donald Trump to meet with him in Mexico City.

That visit set off street protests as lawmakers expressed outrage at the presence of Trump, who had angered many here with his verbal assaults on Mexicans and his vow that Mexico would pay for a new border wall.

Now two years later, Pena Nieto has issued a public explanation for why he did it.

In a two-minute video released Tuesday, Pena Nieto argued that the invitation to the GOP hopeful was meant to avert dire consequences for Mexico should Trump be elected.

The Institutional Revolutionary Party has held the presidency for all but 12 of the last 88 years. But the party known as the PRI came third in presidential elections and will be the fifth-largest force in the lower house of Congress.

Pena Nieto told the newspaper La Jornada in an interview published Friday that the PRI should change “its name and essence, because if you keep the names it won’t work.”

He said the elections showed “the erosion and rejection of the PRI as a brand.”

The disappearance of 43 college students on the night of Sept. 26, 2014, in the southern Mexican state of Guerrero, marked a turning point for President Enrique Peña Nieto.

When he won the presidency in 2012, Mr. Peña Nieto was hailed as a modern reformer promising a more democratic and transparent government. But the disappearance of the students from the Ayotzinapa teachers’ college in the small city of Iguala shocked Mexico and the world, and plunged the Peña Nieto government into an ever-deepening murk of corruption and cover-ups.

For most of the time since, Mr. Peña Nieto’s approval rating has been hovering around 20 percent. Mexicans will be going to the polls to elect a new president on July 1, and the candidate from Mr. Peña Nieto’s party, the P.R.I., is unlikely to win.

MEXICO CITY—President Enrique Peña Nieto has set up a close ally to become Mexico’s first independent prosecutor, spurring accusations that he seeks to shield his scandal-plagued government from the kind of inquiry the new post was meant to ensure.

“Could we have done things better? Maybe yes, admittedly”

Mexican President Enrique Peña Nieto stands by his decision to host Republican presidential nominee Donald Trump for a meeting a couple months ago, but admitted Sunday the visit could have been better executed.

“Could we have done things better? Maybe yes, admittedly. I think that this genuine interest to bring about a meeting to take care of Mexico’s interests, I think, could have been done in a better way,” Peña Nieto said in an interview.

MEXICO CITY — International human rights officials are demanding an investigation into the brutal sexual assaults of 11 Mexican women during protests a decade ago — an inquiry that would take aim at President Enrique Peña Nieto, who was the governor in charge at the time of the attacks.

The demand is part of a multiyear examination by the Inter-American Commission on Human Rights into abuses during a 2006 crackdown ordered by Mr. Peña Nieto on San Salvador Atenco, a town in Mexico State where demonstrators had taken over the central square.

The turnout Thursday was small for a march in a city of 20 million residents, mostly drawing young people. But its timing reinforced the country’s dissatisfaction with Pena Nieto.

The president suffers from abysmal approval ratings that risk plunging even more after last month’s widely ridiculed meeting with U.S. Republican presidential candidate Donald Trump. His party in June lost gubernatorial elections in four states it had never lost before.

Demonstrators carried banners saying “I respect your family, respect mine.”

The cardinal of Mexico City, Norberto Rivera Carrera, denied the Catholic church was behind the protests in cities across the country.

In May, President Enrique Pena Nieto proposed a bill which would legalise same-sex marriage nationwide.