U.S. auto production would grind to a halt in a week, while pork producers and dairy farmers would be shut out of their largest export market. Grocery shoppers would quickly face shortages of avocados, tomatoes and other produce or steep price increases as supplies plummet.

President Donald Trump has been short on details about his threat to close the border with Mexico to cut off illegal immigration, and even inside the White House aides are unsure how — or even if — he’ll follow through. But any move that would shut down or hinder $1.7 billion in daily cross-border trade would have far-reaching consequences for the U.S. economy.

Amid warnings from his Republican allies and his advisers, Trump on Tuesday dialed back somewhat from his threat by tweet last week to shut the border if Mexico didn’t stop the flow of Central Americans heading north. He suggested the U.S. could “close large sections of the border, maybe not all of it.”

According to national statistics agency INEGI and Mexican automotive industry association AMIA, output was down by 1.26 percent in November from a year earlier.

However, the two groups published different figures on the decline in exports because some data from Japanese carmaker Toyota Motor Corp (7203.T) was not included in INEGI’s calculation, AMIA and INEGI said.

Canada and the United States showed scant sign on Thursday of closing a deal to revamp NAFTA, and Canadian officials made clear Washington needed to withdraw a threat of possible autos tariffs, sources said.

The administration of U.S. President Donald Trump wants to be able to agree a text of the three-nation North American Free Trade Agreement by the end of September, but major differences remain.

Japan’s automakers association said on Thursday it hoped that the North American Free Trade Agreement would maintain its current framework as the United States, Canada and Mexico update the trade pact amid growing trade tensions between the United States and its trading partners.

“Japanese automakers’ businesses in North America are based on the NAFTA framework, and that framework is based on a three-party agreement,” said Akio Toyoda, chairman of the Japan Automobile Manufacturers Association (JAMA) who is also president of Toyota Motor Corp.

“We hope that framework continues this way, and that it remains well-balanced.”

The Trump administration’s new trade deal with Mexico is likely to force some auto makers to rethink their strategy for many Mexican-built models, threatening the country’s role as a go-to producer of lower-priced small cars and sedans for the U.S. market.

The U.S.-Mexico trade agreement comes nearly two decades after the North American Free Trade Agreement was established, resulting in a shift by many car makers to move production of less-lucrative models, particularly small cars and compact sedans, to Mexico to take advantage of the country’s low labor rates. But under the new agreement, many of those Mexican-built models may not meet the tougher content requirements, potentially forcing them to be subject to a 2.5% tariff.

“Auto makers are going to face some tough decisions,” said Kristin Dziczek, an industry expert at the Center for Automotive Research in Ann Arbor, Mich. Rather than make big changes to their production plans, car makers are more likely to pass along the 2.5% tariff to consumers or simply stop selling those lower-margin models in the U.S., she said. That could end up increasing prices or limiting the selection of cars typically bought by budget-minded consumers, analysts say. 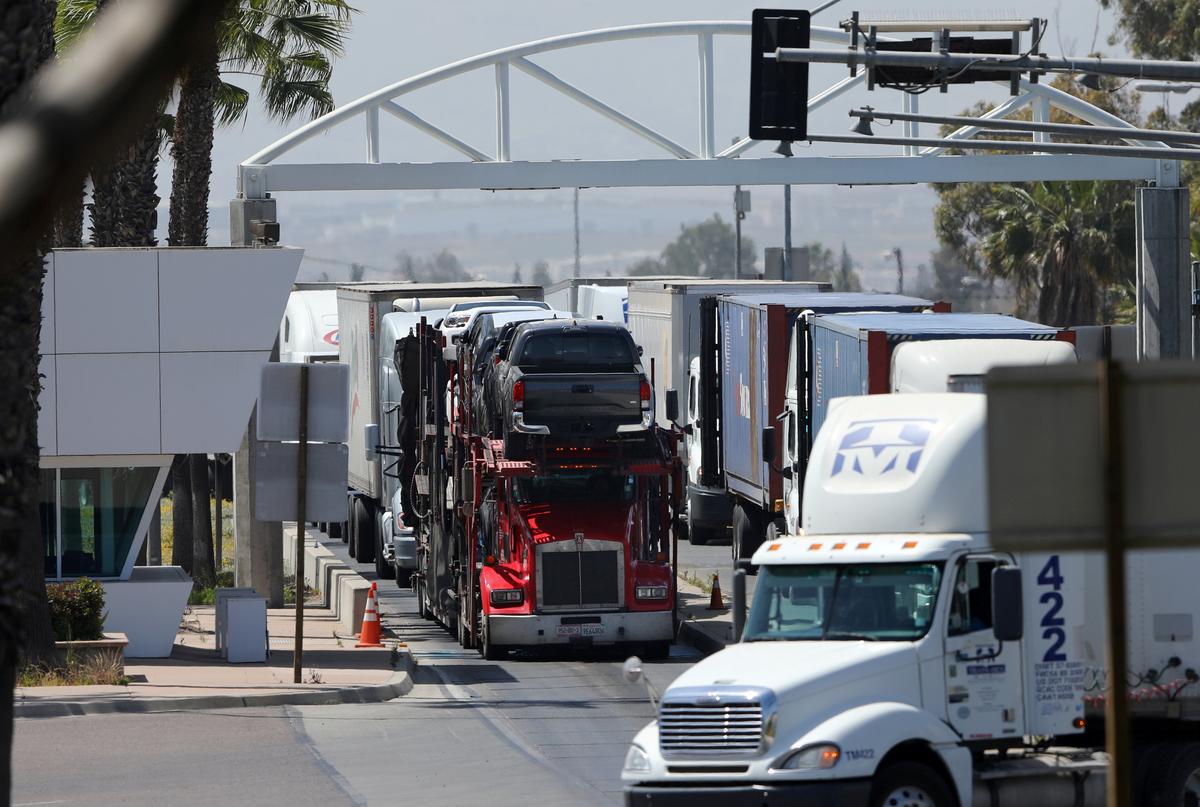 A proposed U.S.-Mexico trade deal would allow President Donald Trump to slap punitive tariffs of up to 25 percent on imports of Mexican-made cars, sport utility vehicles and auto parts above certain volumes, auto executives and sources said on Tuesday.

The United States and Mexico agreed on Monday to overhaul the North American Free Trade Agreement (NAFTA), pressuring Canada to sign up to new auto trade and dispute settlement rules to remain part of the three-way pact.

But a previously unreported side agreement between the two countries would allow the United States to pursue “national security” tariffs on annual Mexican car and SUV imports of over 2.4 million vehicles. The side deal would allow national security levies on auto parts imports above a value of $90 billion per year on the same grounds. The administration plans to announce the results of a probe into whether autos and part imports pose a national security risk in the coming weeks. 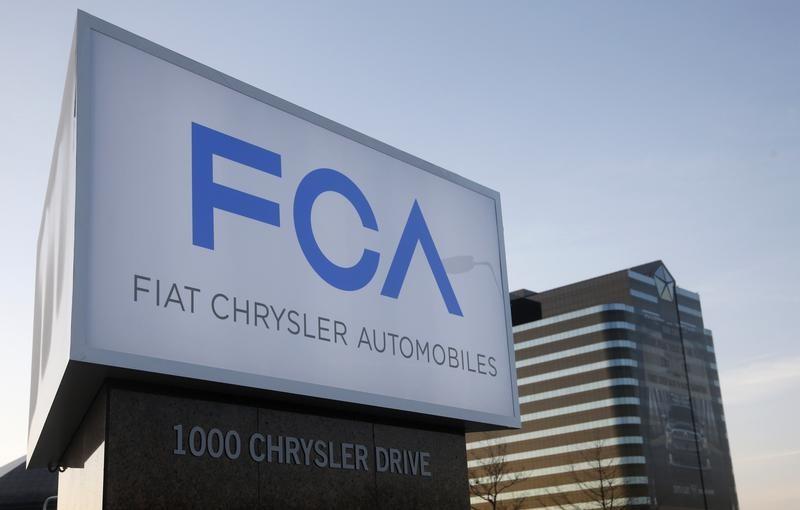 Profeco said in a statement the Fiat Chrysler recall is due to a possible computer programming problem with the vehicles’ powertrain control module and applies to 122,208 vehicles sold in Mexico under Chrysler, Dodge, Jeep and Ram brands.

In the same statement, Profeco said that Volkswagen’s Mexican unit had also issued a recall notice, for a small number of its 2018 Golf R vehicles already in circulation, citing a possible problem with seat head rests.

Both companies said they will provide free inspections of the affected vehicles.

Talks between Mexican Economy Minister Ildefonso Guajardo and U.S. Trade Representative Robert Lighthizer are due to resume on Tuesday in Washington to try to resolve remaining bilateral issues so that Canada, which has been sidelined for weeks from the negotiations, can return to the bargaining table.

The automakers’ position was in a previously unreported Aug. 16 letter from their “Here for America” group to top trade-focused members of Congress. The letter could raise resistance to a revamped North American Free Trade Agreement from lawmakers in southern states, where foreign manufacturers have built auto plants. 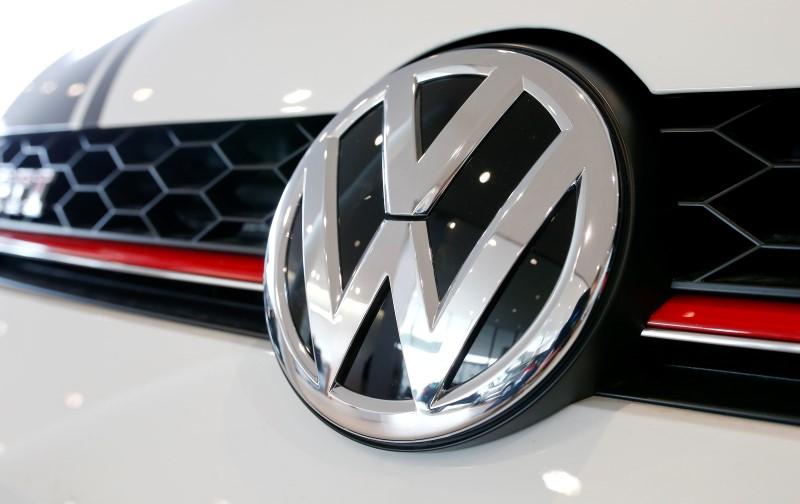 German carmaker Volkswagen AG (VOWG_p.DE) has agreed to a 5.5 percent salary increase for workers in Mexico and another raise for next year, the company’s Mexican union said, averting a potential strike.

The deal comprises the wage rise plus a 1 percent increase in the workers’ savings fund and the indexation of food allowance vouchers, the independent union of Volkswagen workers (SITIAVW) said in a weekend statement published on Twitter.

Labor and employers’ representatives also agreed on a raise equivalent to inflation plus 2 percent scheduled for 2019, it added. That would be split between a 1 percent salary hike and 1 percent for the savings fund and food vouchers, the union said.