The governmental commission said Wednesday that authorities should offer apologies and compensation to those injured and killed in the collapse of the school during the magnitude 7.1 quake.

Thousands of Mexicans took to the streets of the capital to dance beside giant skulls and skeletons Sunday as Mexico City rolled out its fourth edition of a Day of the Dead parade inspired by Hollywood, part of an ever-expanding menu of festivities for the holiday.

The city once again borrowed props from the opening scene of the 2015 James Bond film, “Spectre,” in which Daniel Craig’s title character dons a skull mask as he makes his way through a crowd of revelers. Festivities in the capital have expanded in recent years to capitalize on growing interest in the holiday, with temporary art installations in public spaces and colorful weekend events. Yet another elaborate parade is scheduled to traverse the city’s iconic Reforma boulevard on Nov. 2, All Souls Day.

Mexico’s civil defense agency said Friday that fires near Tecate, near Tijuana and between the coastal towns of Rosarito and Ensenada had forced 1,645 people to evacuate their homes.

Mexican President Andres Manuel Lopez Obrador took office in December promising to reduce public spending to free up more resources for the poor. But his austerity drive has left media outlets reeling, and raised questions about whether Lopez Obrador is trying to influence coverage. 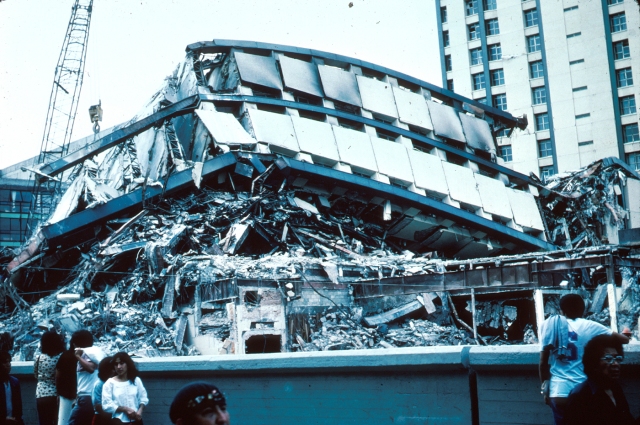 The Mexico City government is considering a program that would provide economic support to victims of the September 19, 2017 earthquake who want to move elsewhere in the country.

Mayor Claudia Sheinbaum explained that the support would come in the form of 525,000 pesos (US $27,000) or new housing. The idea is being discussed with the federal Secretariat of Agrarian Development and Urban Planning (Sedatu) and the Reconstruction Commission. 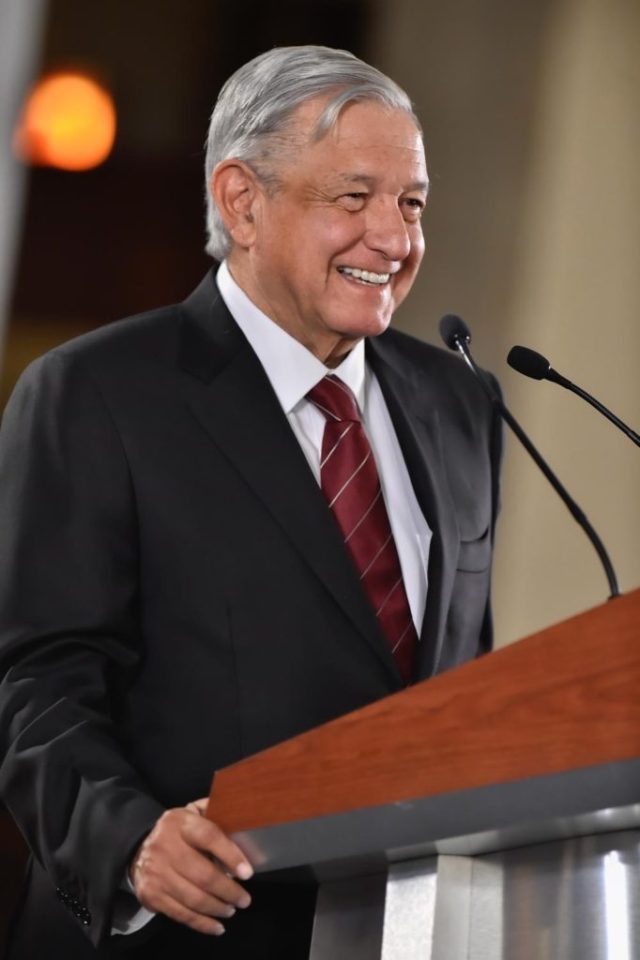 Mexican President Andres Manuel Lopez Obrador on Monday praised a historian whose comments about the killers of a prominent industrialist in the 1970s sparked an angry response from a top business lobby and other corporate leaders.

Last week, Pedro Salmeron, head of the National Institute of Historical Studies of the Revolutions of Mexico (INEHRM), described the left-wing guerrillas who fatally shot Eugenio Garza Sada in 1973 as “courageous youths” in a blog post.

Mexico marked the Sept. 19 anniversaries of 2017 earthquakes that killed more than 500 people and a devastating 1985 temblor that left at least 9,500 dead.

President Andrés Manuel López Obrador presided over a ceremony Thursday in which the flag was raised to half-staff in memory of the victims.

IKEA, the world’s largest furniture seller, will open its first store in Mexico next year and plans to launch other stores around the country, the company said on Wednesday, as it expands in Latin America to counter growing competition in its core U.S. and European markets. 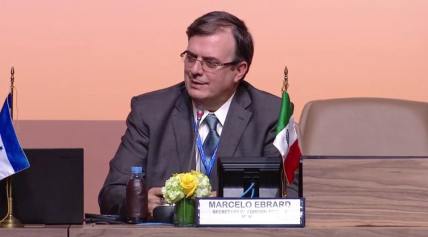 Mexico’s government said on Tuesday it is not defending Venezuela’s President Nicolas Maduro after European nations, the United States and others recognized opposition leader Juan Guaido as the South American country’s legitimate head of state.

“We don’t defend Maduro or his regime, nor are we taking a political position, we want there to be dialogue,” Foreign Minister Marcelo Ebrard said in an interview with local television. “We’re not taking sides, everyone can have their point of view.”

Major European countries on Monday joined most members of the Lima Group, including Argentina, Brazil and Canada, supporting Guaido as interim Venezuelan leader and calling for free elections.

MEXICO CITY — Mexico’s newly inaugurated president hit the ground running Monday with his pledge to govern as a common man and end decades of secrecy, heavy security and luxury enjoyed by past presidents.

“Isn’t that a change, that I am here, informing you?” Lopez Obrador asked reporters. While past presidents have very seldom held news conferences, Lopez Obrador promised to do so on a near-daily basis, much as he did when he was mayor of Mexico City from 2000-2005.

Lopez Obrador took his first airplane flight as president Sunday, boarding a commercial flight with the rest of the passengers. He has promised to sell the presidential jet as an austerity measure.