WASHINGTON, Aug 15 (Reuters) – Technology companies, such as Microsoft and Cisco Systems have ramped up lobbying ahead of talks to renegotiate the North American Free Trade Agreement, looking to avoid any future restrictions on cloud storage and to promote an international pact to eliminate technology goods tariffs.

U.S., Mexican and Canadian negotiators are due to start talks on the 23-year old trade pact on Wednesday. Farming and transportation groups have traditionally dominated lobbying on NAFTA, but technology lobbyists are helping lead the recent surge in efforts to influence Washington, according to data from the Center for Responsive Politics.

Tech companies and trade organizations disclosed they had 48 arrangements with lobby groups that discussed NAFTA with administration officials or lawmakers in the second quarter, up from 17 groups in the first quarter and one group at the end of 2016, according to the data.

WASHINGTON (Reuters) – Negotiators from Canada, Mexico and the United States are aiming for an ambitious first round of trade talks, a senior U.S. official said on Tuesday, as the countries try to fast-track a deal to modernize the pact by early next year.

The United States Trade Representative official, speaking to reporters on a conference call, said all sides would all submit a substantial number of proposals during the first week of the talks aimed at renegotiating the North American Free Trade Agreement (NAFTA) in Washington. The talks start on Wednesday.

“We are actually going to be quite ambitious in this first round,” the USTR official said, without elaborating on specifics.

As negotiators from the United States, Mexico, and Canada prepare to begin talks on a renegotiated NAFTA agreement, this is an opportune moment to think about how to strengthen trilateral oversight in the important areas of labor and environmental policy. The Trump Administration published its negotiating objectives in July, and they included the aim to strengthen both labor and environmental oversight within NAFTA. Clear lessons can be drawn from the NAFTA experience about what worked and what did not, and how civil society participated and evolved.

NAFTA included two side agreements, one on the environment and one on labor. The purpose was to pressure all three member states to uphold their own laws in these areas. Mexico’s inclusion in NAFTA was the original rationale, but the requirements applied to all three countries. Non-compliance was not to be tolerated.

What happened next is very important. The side agreements created routes for civil society to complain about non-compliance, and therefore contribute to governance. Although many see the side agreements as worthless, they did have a significant impact on Mexican civil society, and to an extent, governance in Mexico too. The way this happened is less obvious and less understood than trade or investment-led change, but it is worth our attention. In fact, the impact of the labor and environmental side agreements differed, because their institutions and procedures differed – and therein lies an important lesson. Let’s look at both in turn.

(Reuters) – Mexico’s Grupo Financiero Banorte (GFNORTEO.MX) hopes the terms of the North American Free Trade Agreement (NAFTA) will be rewritten to benefit the country and its banking sector, its president Carlos Hank Gonzalez said on Thursday.

The group, which owns the largest financial institution owned by Mexican investors, reported a 23-percent increase in profits for the second quarter, helped by positive performance in its key sectors of consumer and corporate credit.

Canada, the United States and Mexico will start renegotiating the terms of the trade agreement that has shaped business between the three countries for more than two decades after President Donald Trump threatened to tear up the agreement if it did not benefit businesses and employment in the United States. 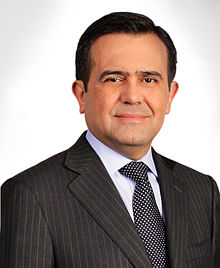 MEXICO CITY (Reuters) – Mexico’s economy minister sees a 60 percent probability that talks starting next week to renegotiate the North American Free Trade Agreement will be wrapped up by a soft deadline for the end of the year, he said in an interview on Tuesday.

Ildefonso Guajardo, who will take part in the first round of NAFTA talks in Washington starting on Aug. 16, said it was important to meet the ambitious timeline to sign a new deal before Mexico’s next president takes office at the end of 2018.

Renegotiation, or the ditching, of NAFTA was a key campaign promise of U.S. President Donald Trump, who frequently called the 23-year-old trade pact a “disaster” that has drained U.S. factories and well-paid manufacturing jobs to Mexico.

MEXICO CITY (Reuters) – Under a best-case scenario, a newly negotiated North American Free Trade Agreement (NAFTA) would not be implemented before the end of next year or the start of 2019, Mexico’s economy minister said on Thursday.

Among other issues, NAFTA talks would focus on how to provide more certainty in dispute resolutions, Economy Minister Ildefonso Guajardo said in a radio interview.

“According to the possible calendars of approval, the best of the scenarios that we could have … would be the start of implementation almost at the end of 2018 or the start of 2019,” Guajardo said. 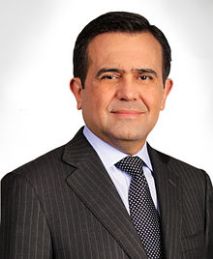 MEXICO CITY (Reuters) – Mexico has set out its goals for an upcoming re-negotiation of the NAFTA trade accord, according to a document seen by Reuters on Tuesday, prioritizing free access for goods and services, greater labor market integration and a strengthening of energy security.

The economy ministry document, circulating in the Mexican senate and dated July, will serve as the basis for Mexico’s position at the upcoming talks to update the North American Free Trade Agreement. The talks between Canada, Mexico and the United States are due to start in Washington on Aug. 16.

“Our objective is to have an expedited negotiation that maintains the benefits that we have achieved during the lifespan of NAFTA, but which at the same time serves as a platform for the modernization of the treaty,” the document says.

Negotiators from the United States, Mexico, and Canada are set to begin an intense effort to modernize the NAFTA agreement on August 16, 2017. Please join us on August 15th, the eve of the opening round, for a discussion of Mexico’s approach to the negotiations.

The United States Trade Representative recently announced the U.S. objectives for a modernized North American Free Trade Agreement (NAFTA), a step that was required by U.S. trade law. Many of the stated goals will be shared by Mexico and Canada, but others will be controversial.

Mexico’s Secretary of the Economy, Ildefonso Guajardo, recently announced that Mexico will not make a similar official statement of objectives, but top officials have been clear that they will seek to expand, rather than restrict trade within North America. To better understand Mexico’s goals and strategy as the negotiations begin, we have invited three of Mexico’s top trade experts, including two former officials and the current head of Mexico’s NAFTA office in Washington, DC. We hope you can join us for what promises to be an interesting and important conversation.

WASHINGTON/OTTAWA (Reuters) – Top Canadian and Mexican diplomats expressed optimism on Thursday that a NAFTA deal could be reached early next year and cautioned that widespread uncertainty over the future of the three-way trade agreement had slowed business investment.

Mexican sources say the plan is to hold seven rounds of talks at three-week intervals, a schedule that trade experts warned was aggressive and not easily attainable.

Mexico’s ambassador to the United States, Geronimo Gutierrez, said his country wanted to get the negotiations over before a presidential election campaign ramps up next year.