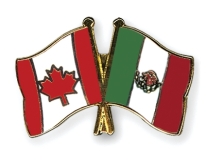 Pan American Silver Corp (PAAS.TO) became the latest company to curtail operations in Mexico due to rising violence and crime, saying on Monday it has faced security incidents along the roads used to transport personnel and materials to its Dolores mine.

The Vancouver-headquartered company said it will maintain personnel at its open-pit Dolores silver mine in the border state of Chihuahua at levels necessary for site security and reduced operating activities.

“We have been monitoring the situation, and with the recent incidents that have occurred along the access roads, we have determined the prudent course of action is to suspend personnel movements to and from the mine until the roads are safe for our employees,” Michael Steinmann, the mining company’s president and chief executive, said in a statement.